Tara Mayer and Sebastian Prange are historians, writers and travellers. Their adult lives have been spent moving fluidly between cities and continents, always moving, always learning - enriching their professional lives along the way. A few years ago, they both joined the University of British Columbia's Department of History where they teach and research topics in the history of India. From their idyllic home in the northern mountains of Vancouver, we sit down with the pair to understand how the places they have lived have shaped their lives and the unexpected beauty they've found in settling down. 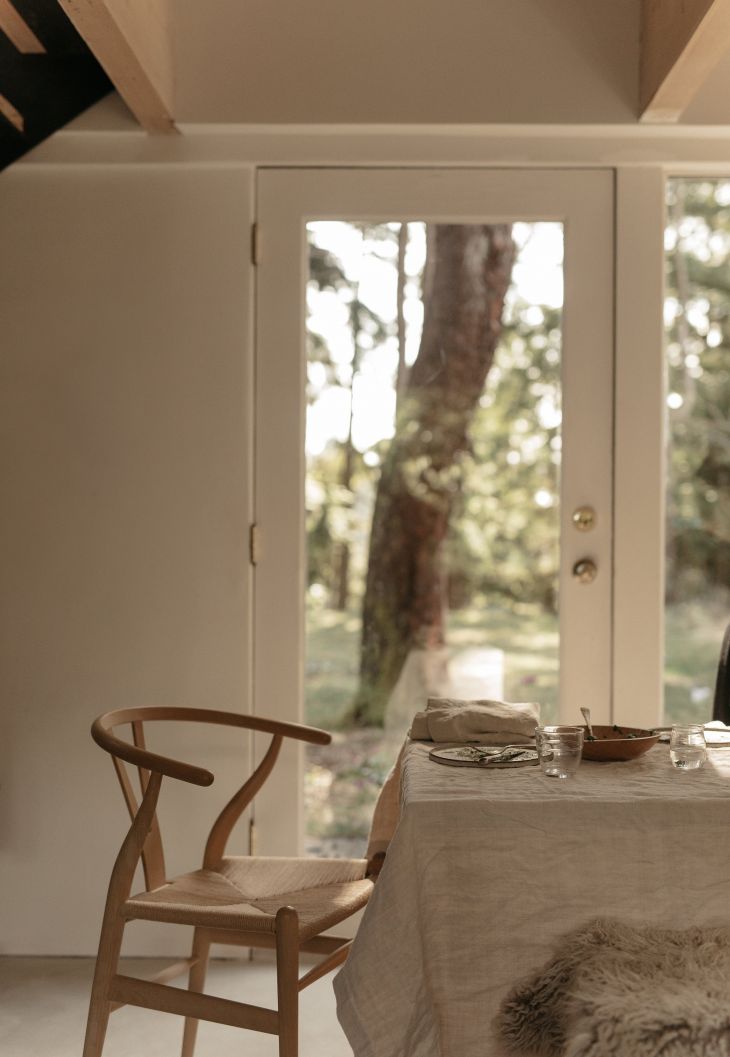 IN BED Linen Tablecloth in Natural in Tara & Sebastian's home 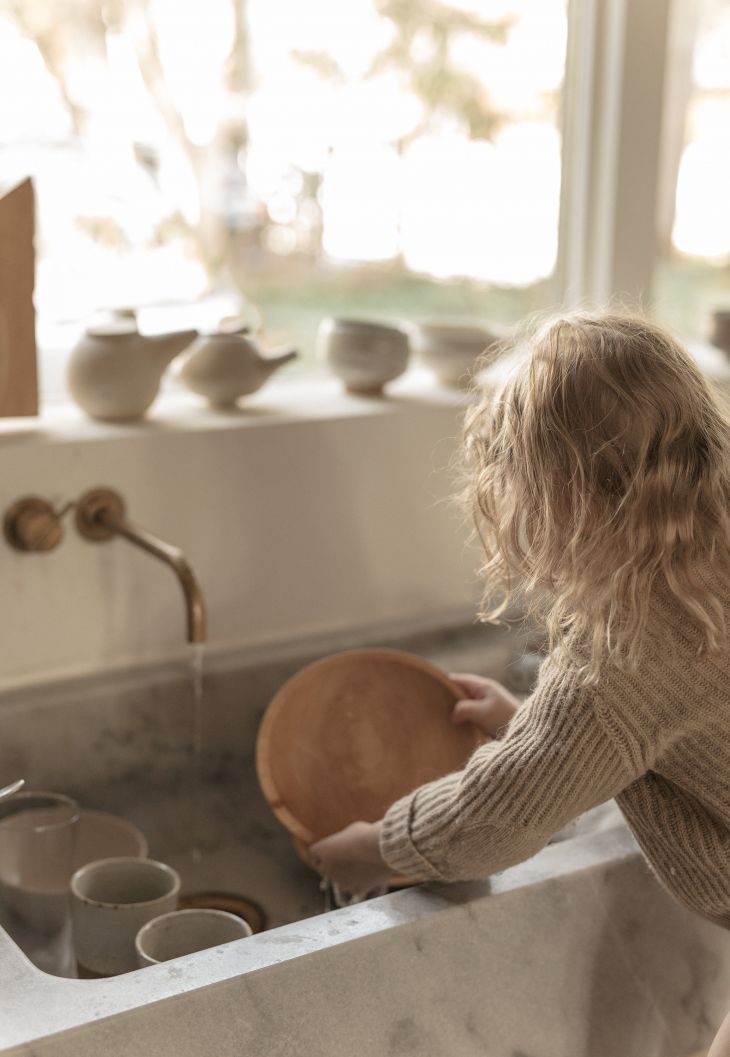 [T] We met doing PhDs in Indian history at the School of Oriental and African Studies in London. Sebastian was a few years ahead of me and we were soon close friends. I was living in Paris at the time and commuting to London and when Sebastian finished up he first moved to Vancouver and then later to Berlin. We both had our lives. We were with other people at the time. But we were always in touch. We wrote to each other for years. Ours isn't a simple story by any measure though reflecting back on it, it had a life-force of its own. In Emily Dickinson's words, "the heart wants what it wants _ or else it does not care." 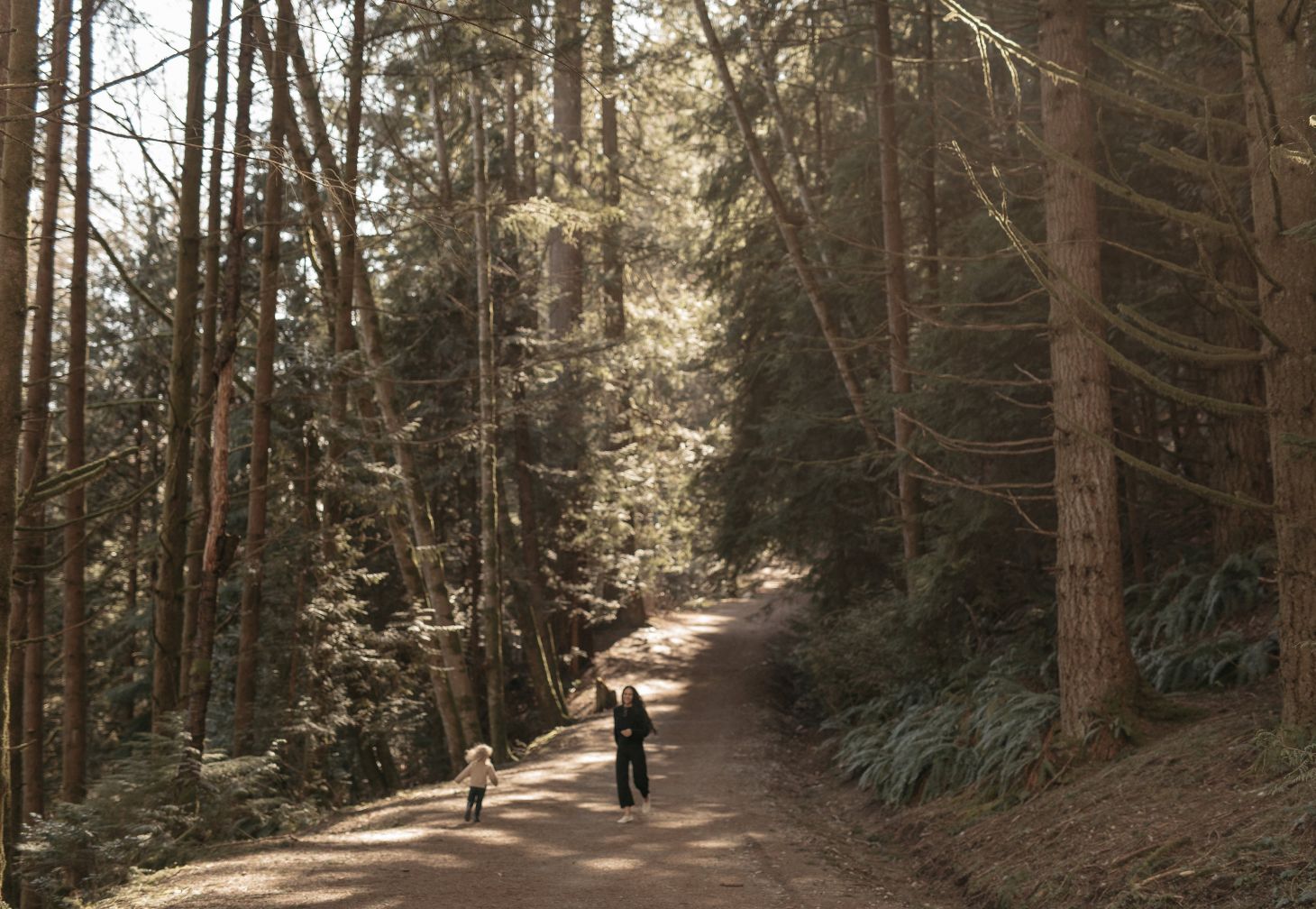 Have the differences in where you are from shaped your lives together in any particular way?

[S] It’s true that we grew up in dramatically different environments (Hawaii and Germany), but we each left home quite young – Tara to an international school in Britain and me to travel around the world. We’ve both lived most of our lives outside of our own country. Tara was in Paris for a long time and I haven’t lived in Germany since my teens. My elder daughter was born in London, my younger in Vancouver. Which is to say, at this point, I think we relate rather little to our national identities. Perhaps that’s what makes living in a country as defined by immigration as Canada so appealing to us. 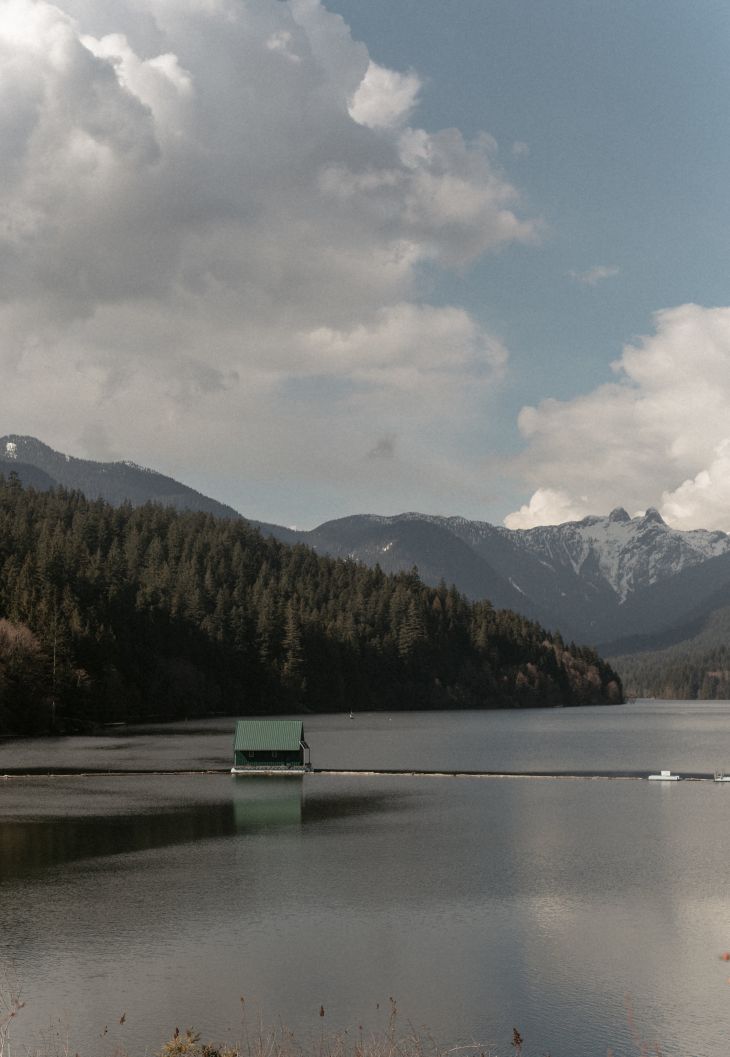 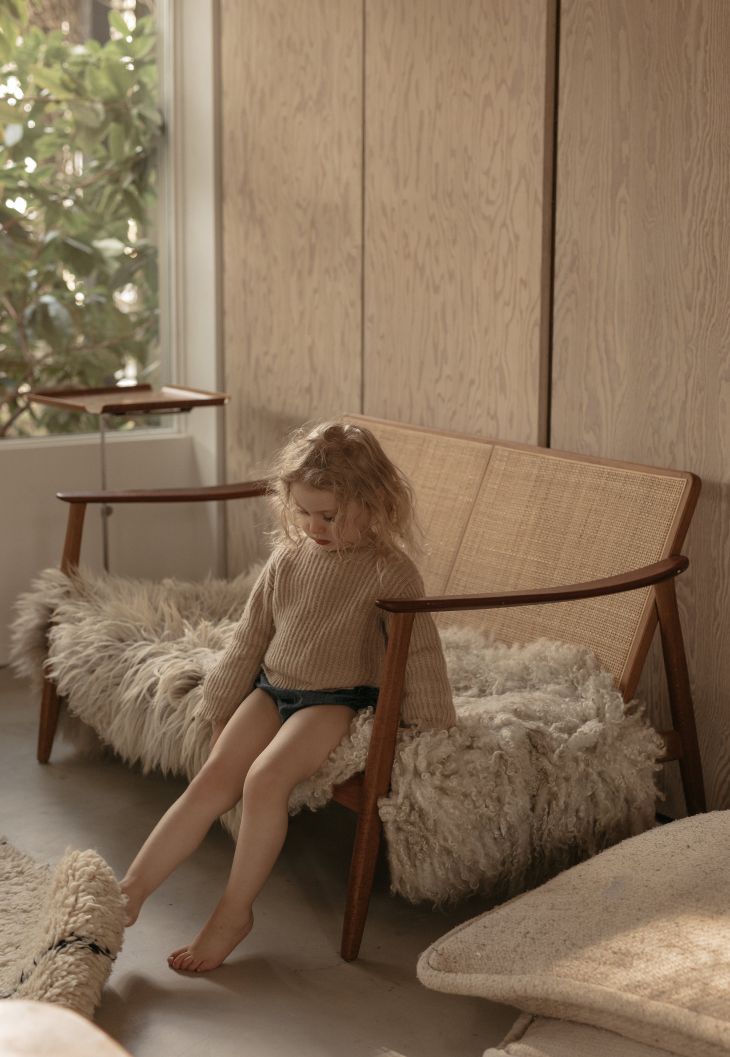 What role has travel played in your lives?

[T] My dad had lived and worked in Nepal before settling in Hawaii and my mother is from India. They had met in Zambia, while my dad was traveling around the world and they continued traversing the globe, even with my brother and me in tow. They had a wonderful way of settling into wherever they were, without fuss or concern. Growing up on Maui, we spent most summers with family in Kerala, or backpacking through Asia. In my late teens and twenties, I traveled mainly in Europe and the Nordic countries as well as in north Africa, capturing scenes in watercolour and through photography. I’ve always been fascinated by weaving and textile traditions as well as food culture and pottery. For me, travel is synonymous with education – with personal, creative, and intellectual growth. [S] Almost my entire childhood was spent in Europe. My family holidayed along the North Sea for the “Seeluft” – Germans are great believers in the restorative powers of sea air – and later in Greece or Spain for sunshine. In my late teens, after completing my Abitur and funded by my own childhood savings, I took off around the world on my own. I had made my way through Asia and several South Sea islands, before passing through Los Angeles. I liked the city instantly and decided to stay. I spent two years bumming around, house-sitting in Laurel Canyon, working in coffee shops, and developing film. Eventually, I was forced back to Germany by the draft and as soon as I’d completed my service, I was desperate to leave again. I moved to London and after some time, reluctantly enrolled in university, mainly for the student discounts. I was pretty ambivalent about education, having hated high school with passion. If you’d told me then that I’d end up as a professor, I would have rolled my eyes. But since then, some of my greatest travels have been related to my research – the deserts of Yemen, the port cities of south India. 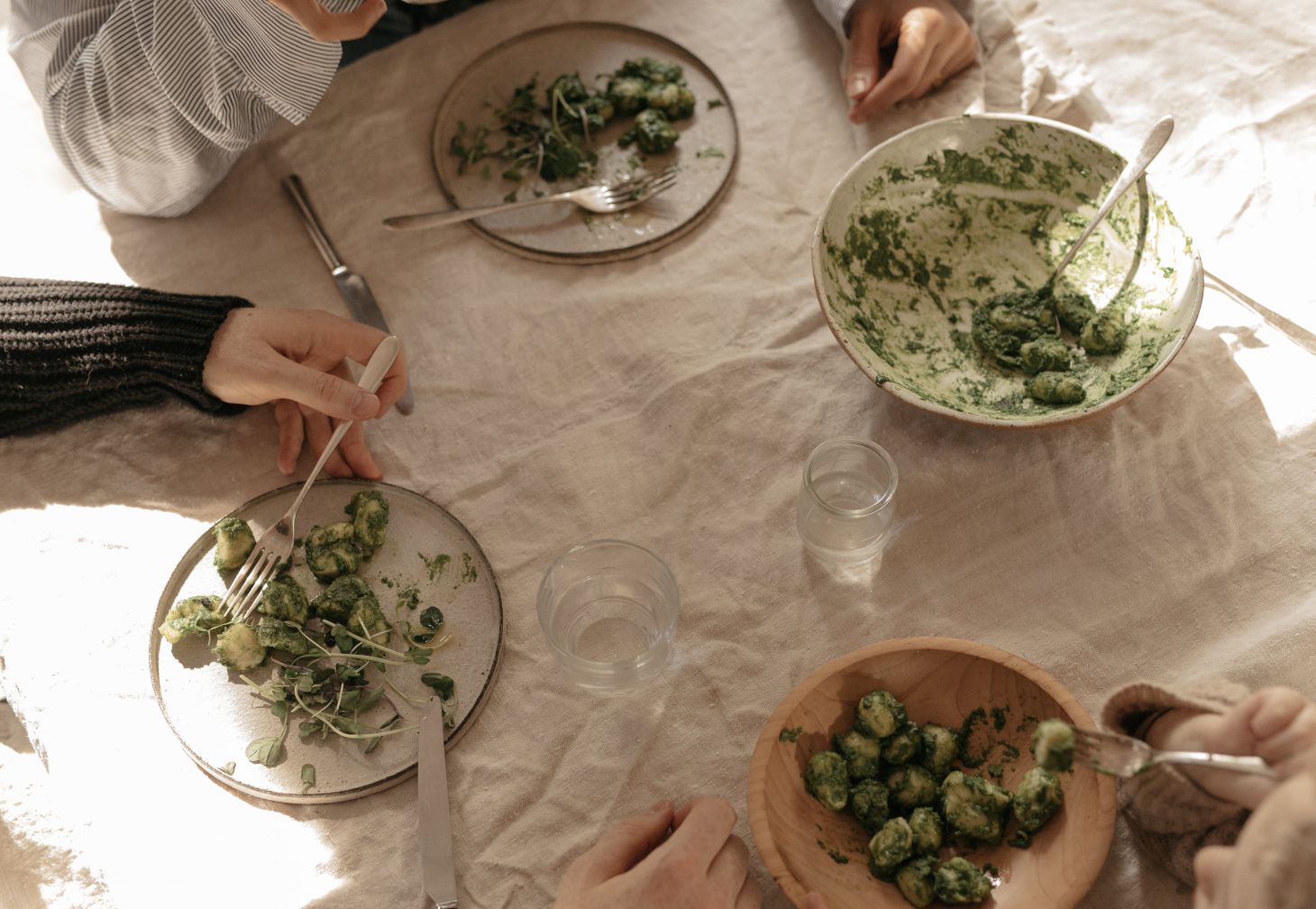 Are you working on any specific research projects at present? What can you share with us about them?

[S] My first book, about the development of Islam in the medieval Indian Ocean, just came out and I’ve been excited to delve into my next project, a subversive history of “outlaw capitalism”. My growing interest in this topic has stemmed from a course I’ve been teaching at the University of British Columbia. [T] My research on the material culture of India has recently stemmed into a collaboration with the Museum of Vancouver to give undergraduate students research opportunities within the museum’s collection of South Asian artefacts. I’m increasingly interested in cultivating visual literacy amongst students of history as well those from other disciplines. 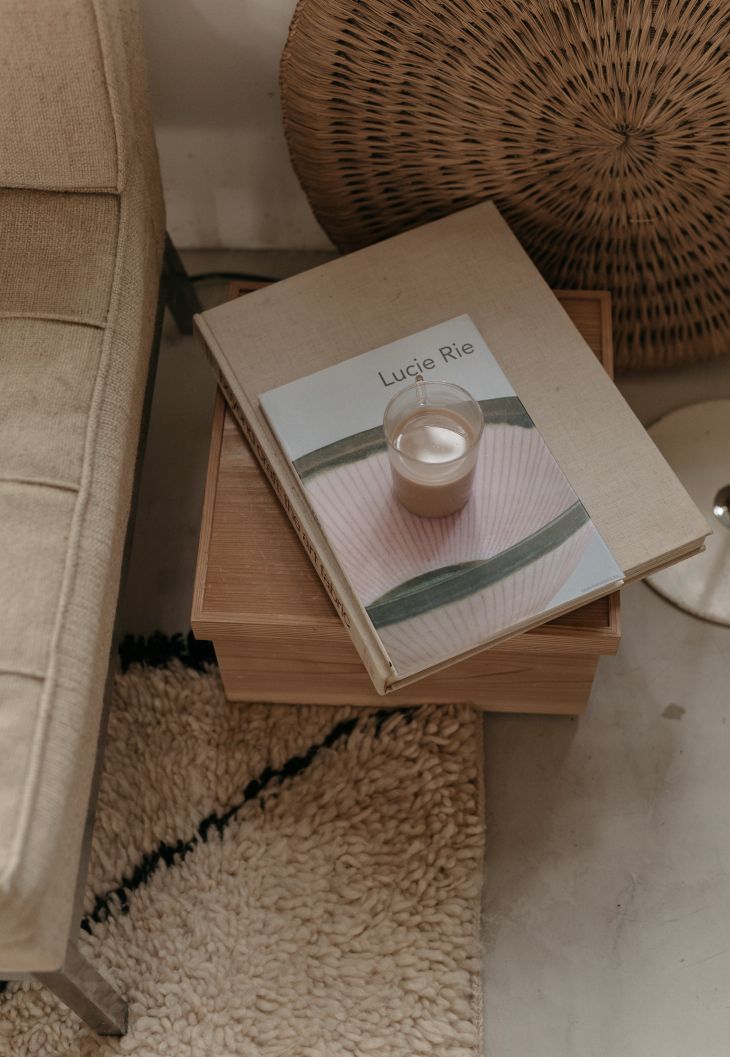 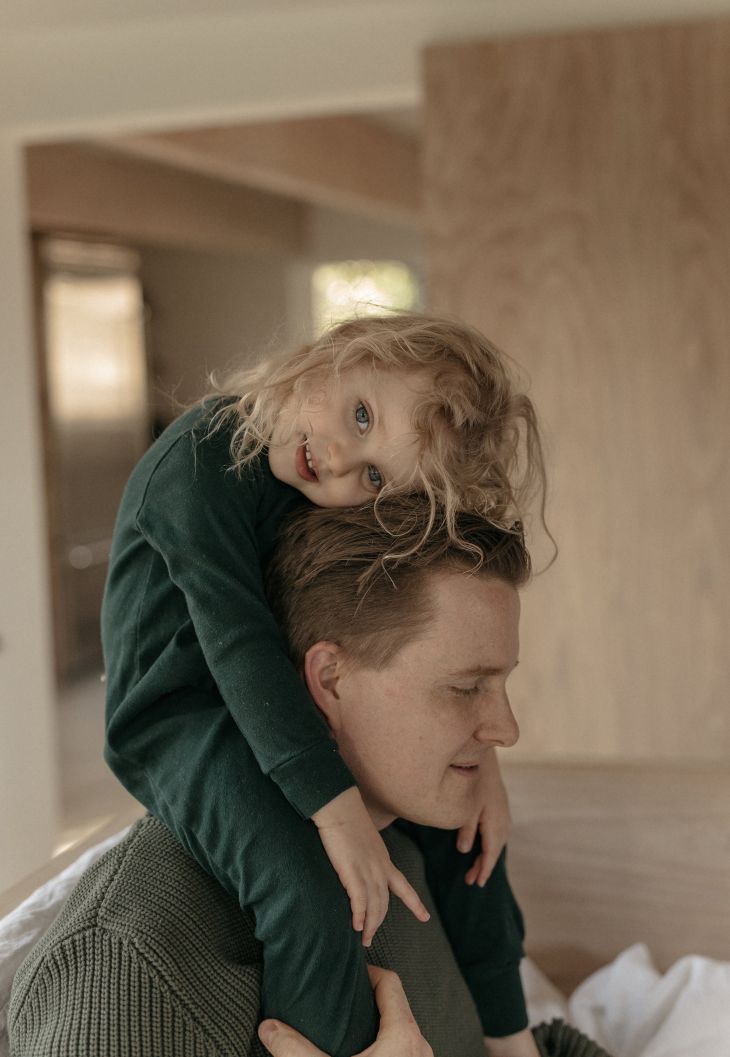 Tell us the story of your home.

[T] After so many years in huge cities, we yearned for nature and Vancouver is a rare city in which wilderness exists so close to downtown. Despite our peripatetic adult lives, we had each grown up in a single house, and know that there can be rewards for staying put. Suddenly in our thirties, roots seemed to matter. We fell in love with a post-and-beam house from the late 1950s and did a gentle renovation with David and Susan Scott, very gifted architects who’ve since become friends. There’s a large reservoir at the end of our road that looks like a fjord, a ski resort just up the hill, and forest trails everywhere. We love cultivating our garden, cooking, lighting fires, and falling asleep to the sound of rain. For me, Gaston Bachelard’s words resonate deeply:

the house shelters day-dreaming,
the house protects the dreamer,
the house allows one to dream in peace. 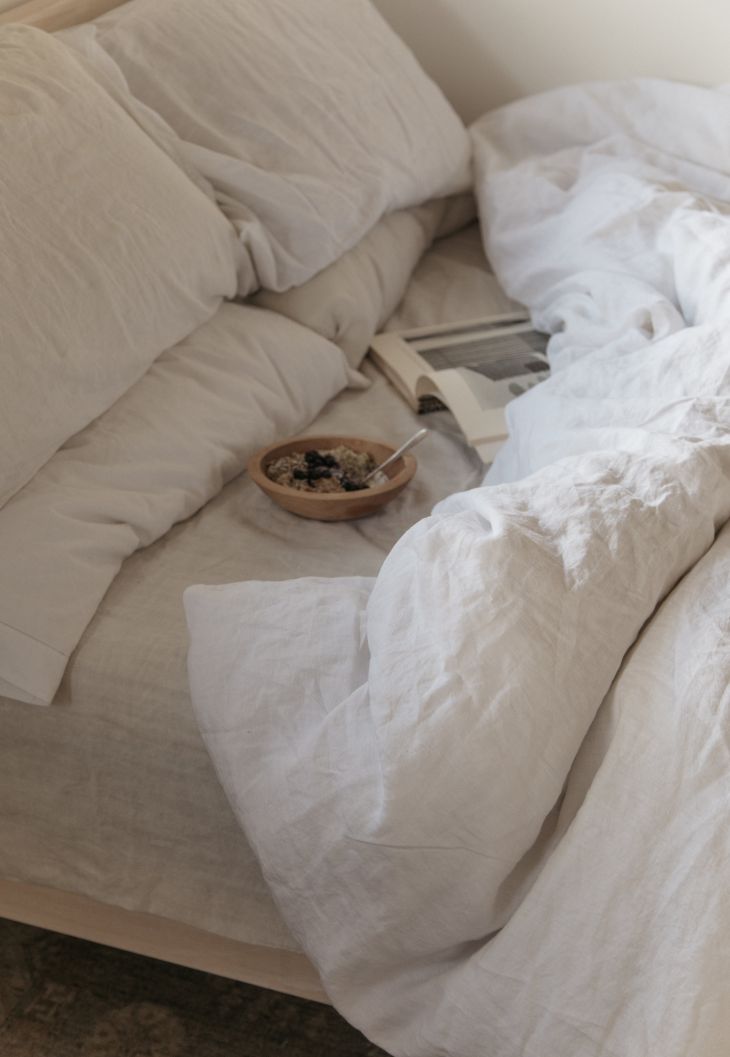 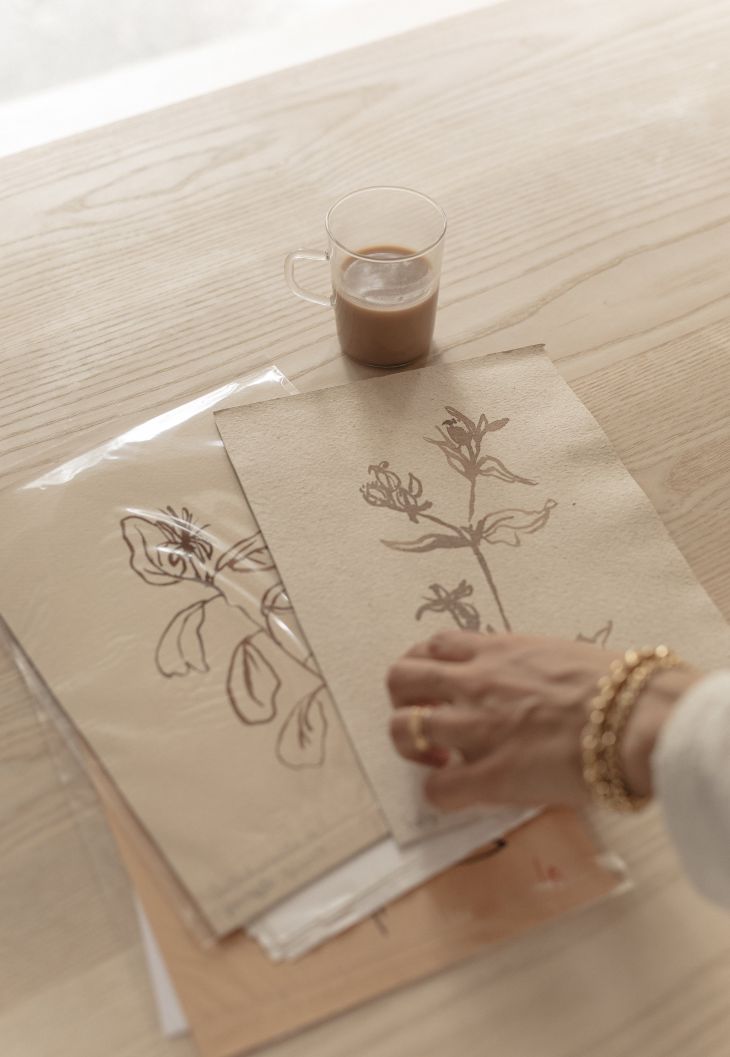 Despite our peripatetic adult lives, we had each grown up in a single house, and know that there can be rewards for staying put. Suddenly in our thirties, roots seemed to matter. 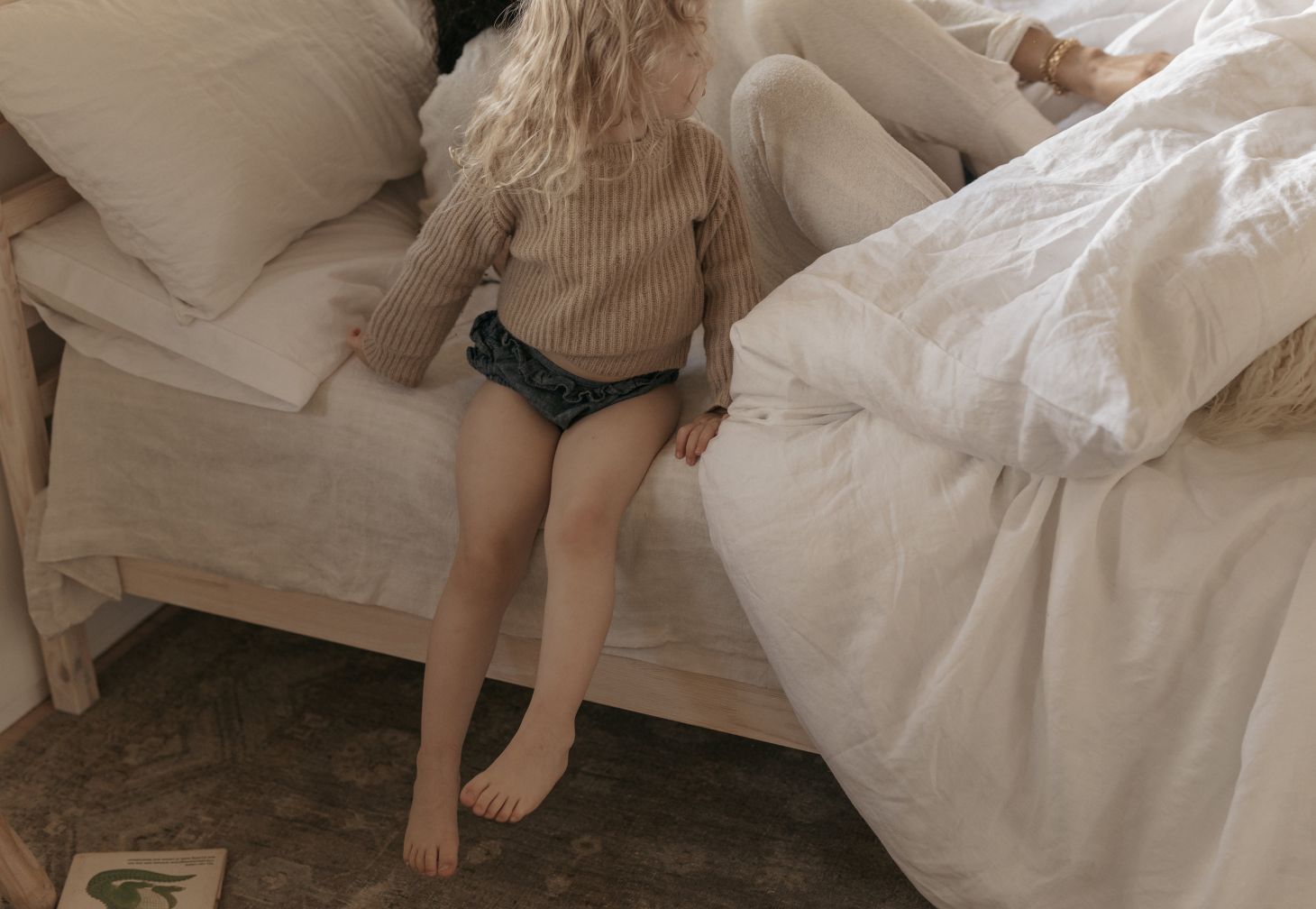 Can you share some of your family’s favourite places to eat or shop?

[T] In Vancouver, we enjoy meals most at home or at a little Korean place not far from our house called Maru. There’s a small Persian grocery shop nearby that we love for fresh dates, pomegranates, persimmons, spices, and haloumi. Le Marché St. George is always beautiful when we’re in that part of town. When travelling we gravitate toward places that are both café and grocery, where you can pick up local honey, tea, or good olive oil. In Paris, The Rose Bakery feels like home. We also love Leila’s Shop in London and Atelier September in Copenhagen. 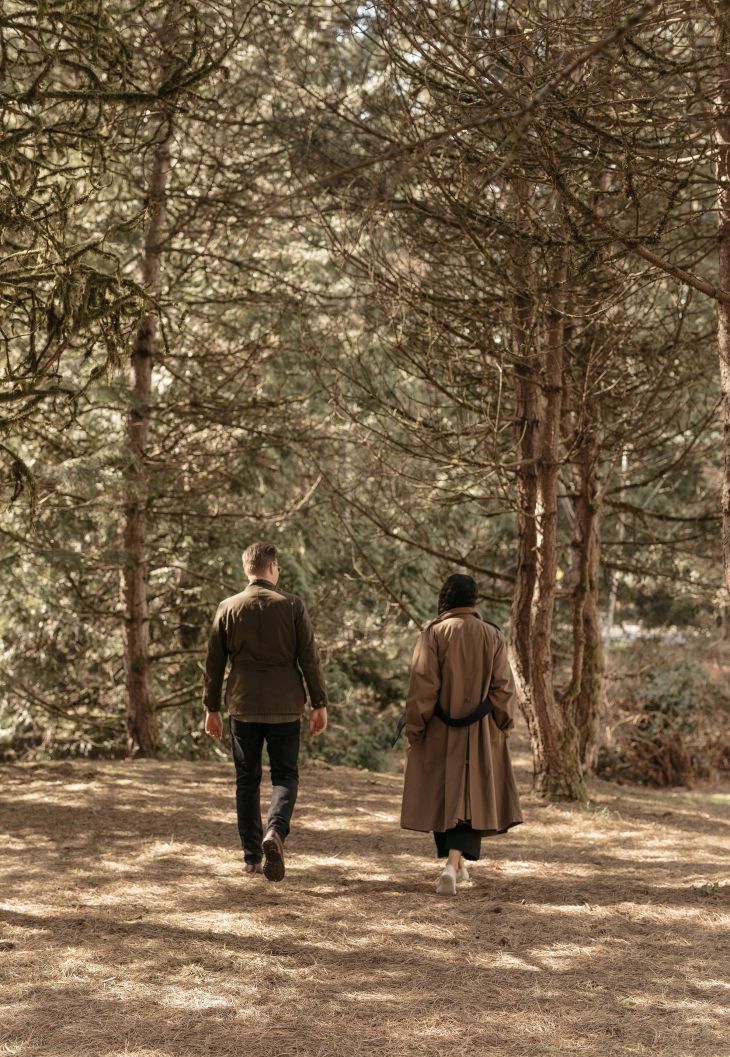 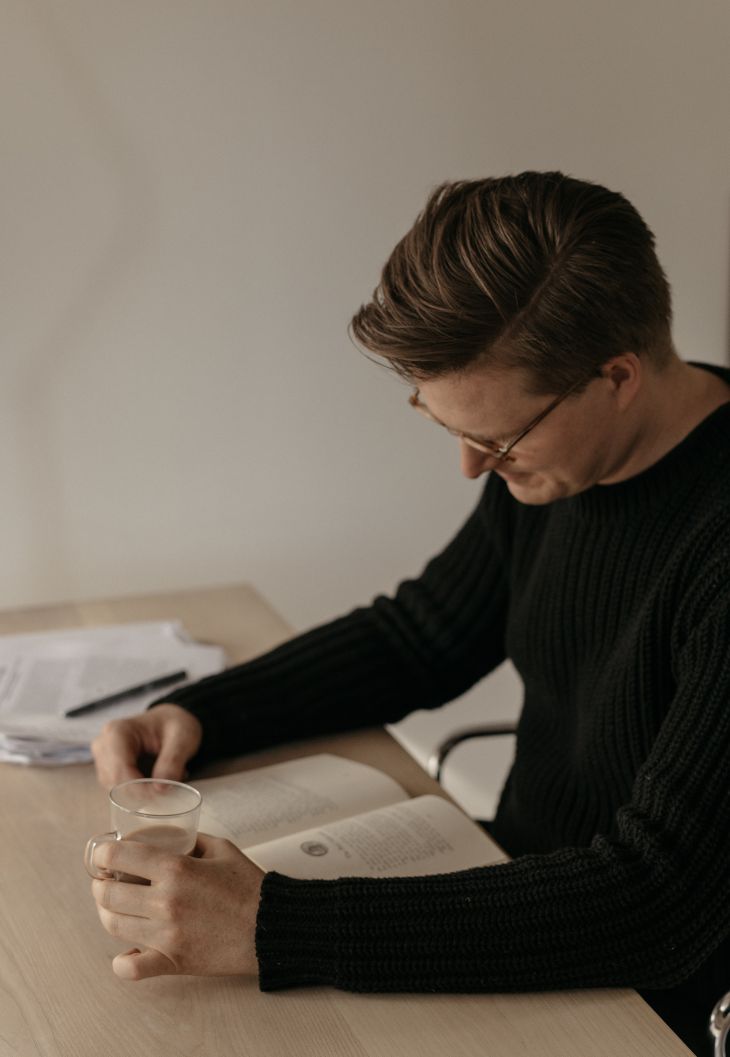 [S] I bring Tara tea in bed and we savour the calm before our youngest daughter stirs. Then it's a quick family breakfast and the madness of getting everyone ready. Tara handles ponytails and school lunches and I coax our younger daughter (3) into wearing something reasonably weather-appropriate. Our elder daughter (15) walks to high-school, which is very close, while the rest of us head to campus together, where our younger daughter also has her daycare. Our drive takes us through Stanley Park and along English Bay, as we make our way to the university. 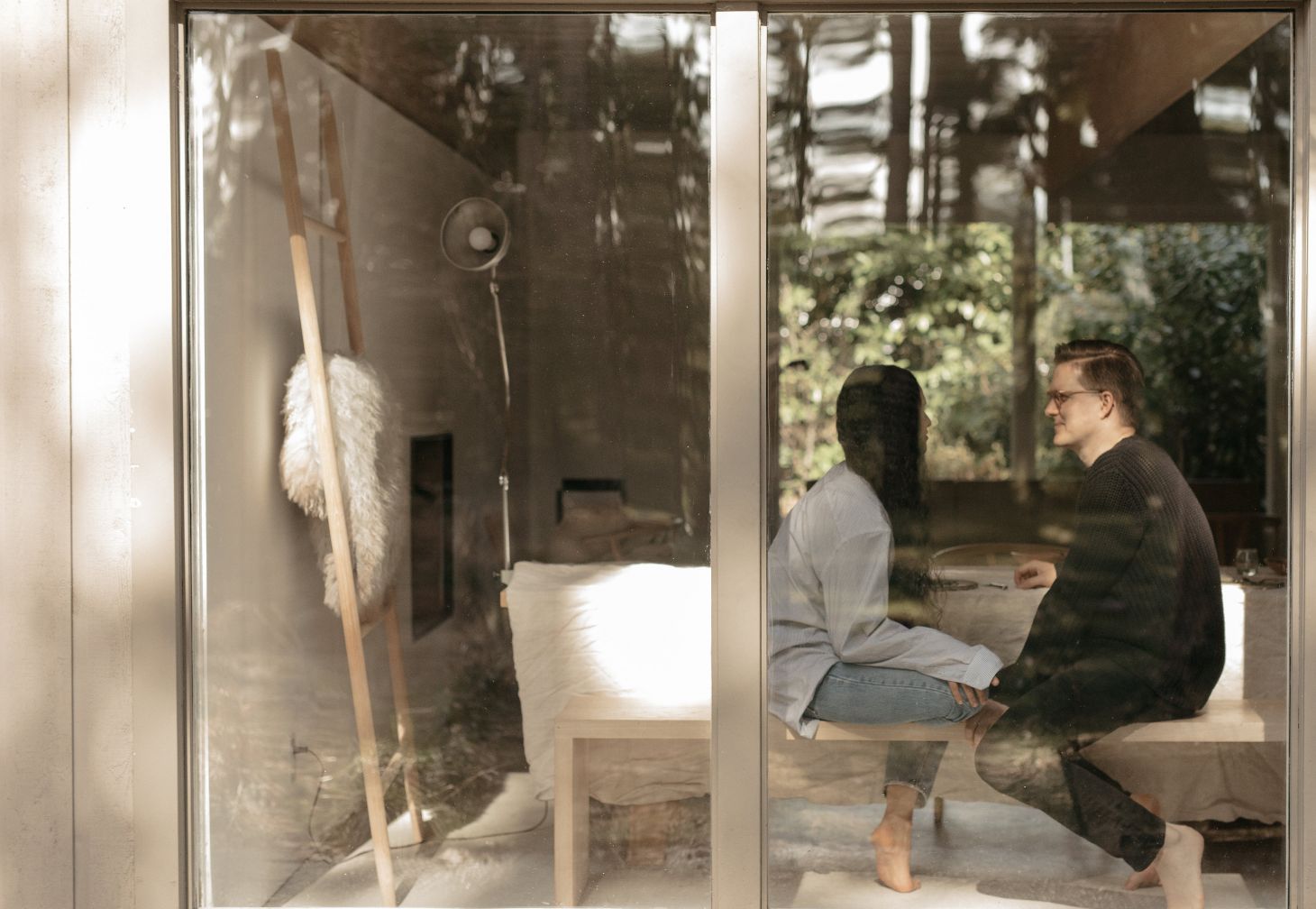 [T] There's usually loud music and a lot of dancing after dinner. Then, Sebastian tidies up while I bathe our daughter. We snuggle into bed, where I tell her stories in the dark or listen to her ramble about her day (and, currently, her dreams of being a dog owner) until she nods off. I often fall asleep beside her but sometimes I sneak out of bed for a film with Sebastian, or quiet conversation, or just a glass of wine and work emails. 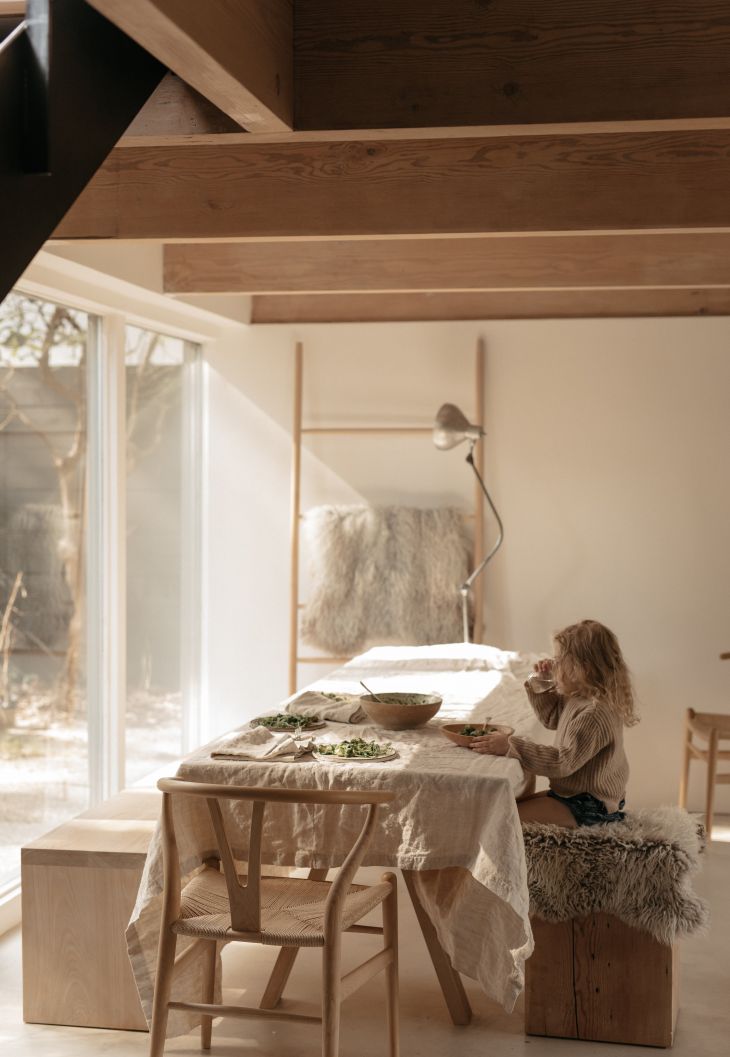 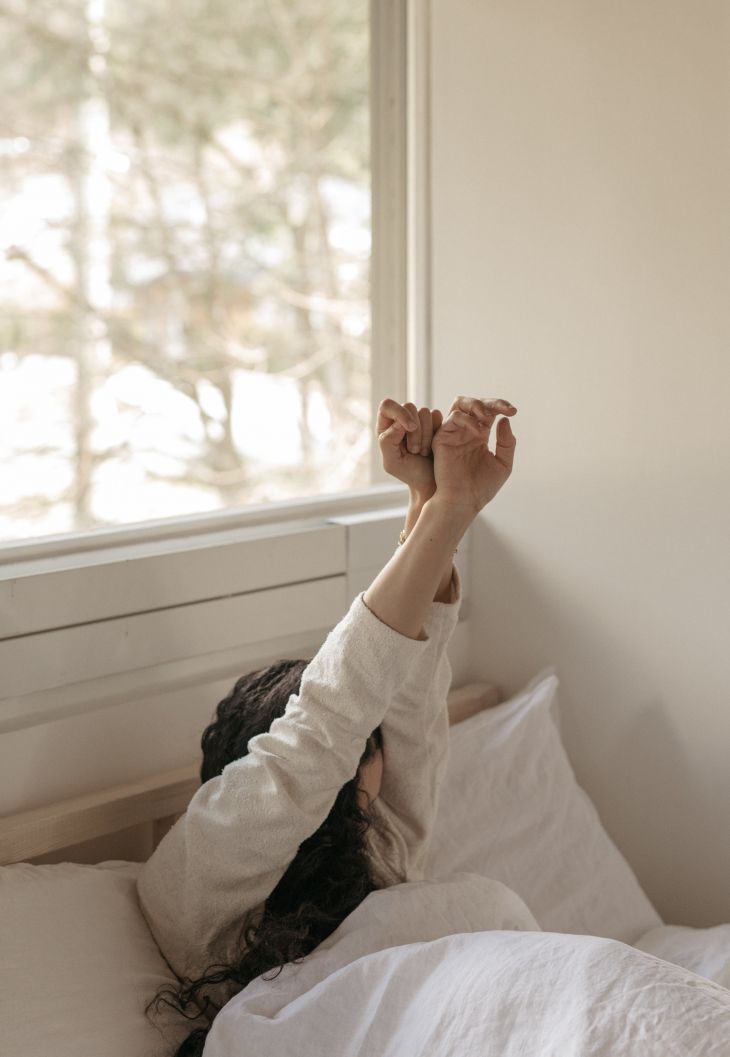 Do you still travel often? Where are you longing to go next?

[S] We still return to Paris, London, and India for research and conferences. We're on Maui a couple of times a year, even as we feel increasingly rooted to our home. Tara begins to fret about the garden when we're away too long. Stockholm, Kyoto, and the Faroe Islands top our current list of places to visit, but we'll take our time. We're also excited to discover more of Canada. Two summers ago, a road trip through Banff and Jasper took our breath away. 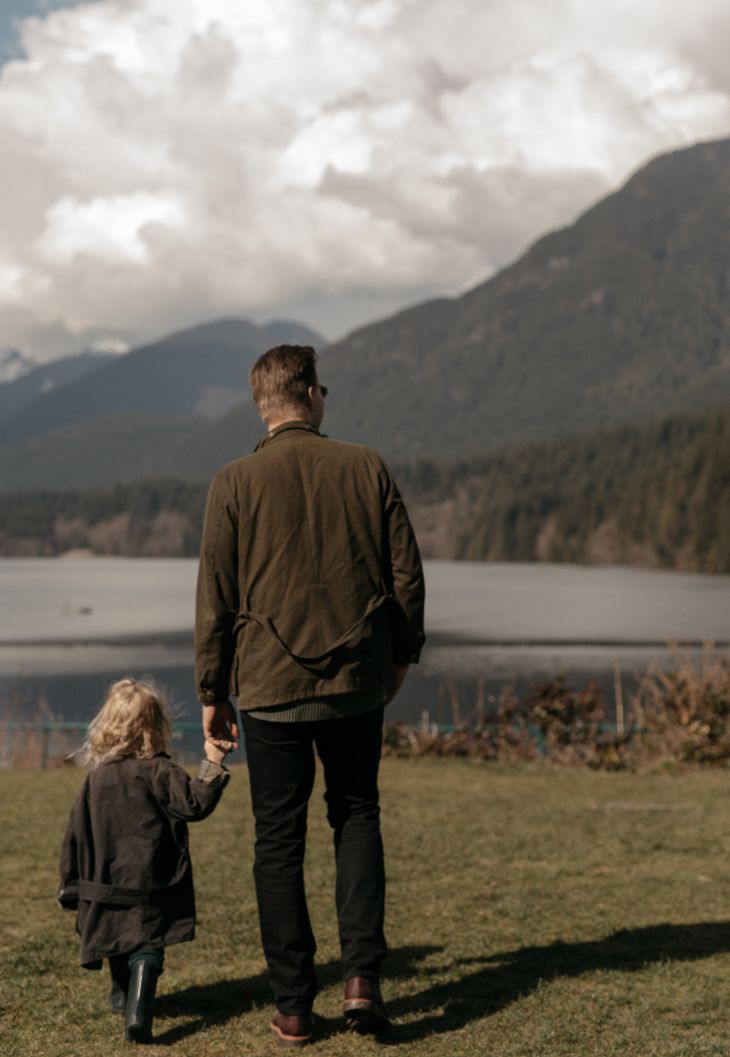 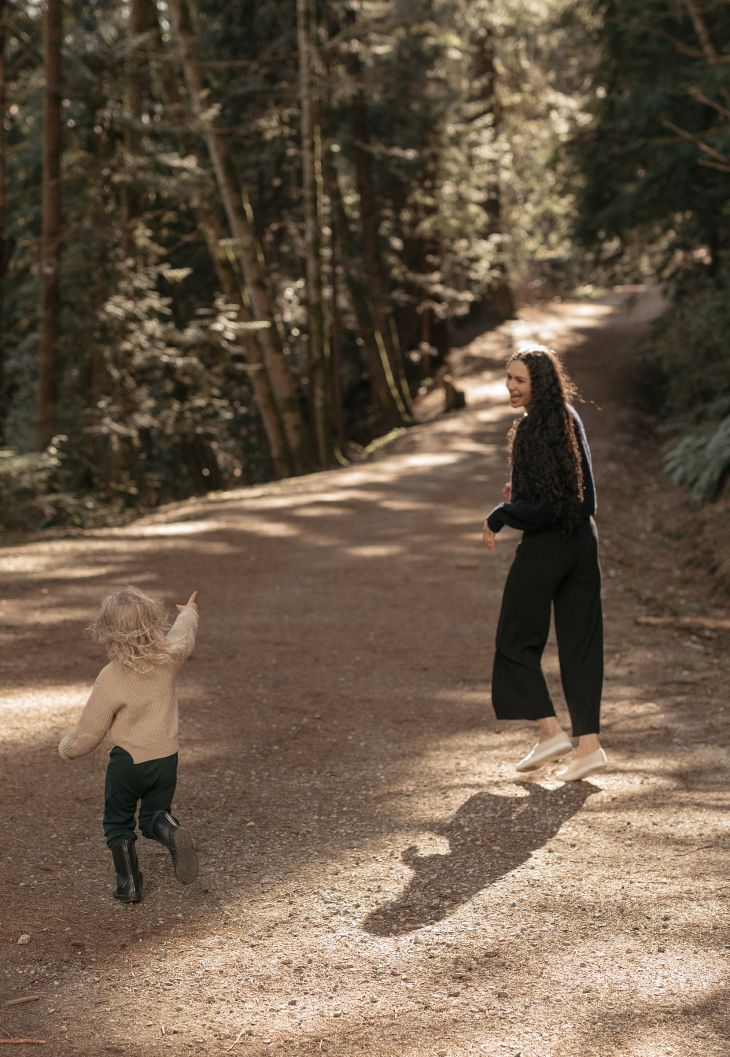 Have you set any intentions for this year? Can you share them with us?

[T] We struggle with the same issue that all working parents know well: being at work thinking of our children, and being at home with our children thinking about our work. We tend to hold ourselves to a high bar in our personal and professional lives and balance always feels like an elusive thing. We've been carving out greater space for things that are nurturing on a personal level. Our elder daughter just became old enough to babysit our younger, so we're increasingly free to enjoy the odd weekend dinner out, either just us or with close friends. It's a small step, but one in the right direction.

Read IN BED: The Answers

This book stays with you long after you read it. It has the air of dystopian fiction ___ anything with an experiment at the centre of its plot will veer that way ___ but eerily is placed in the here and now.

Read More
two hundred and one